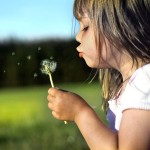 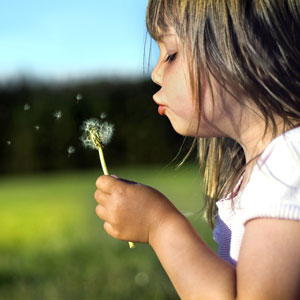 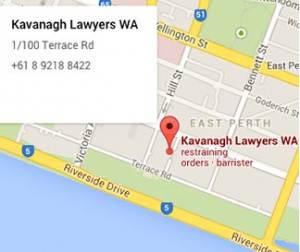 Kavanagh Family Lawyers are conveniently located at 1/100 Terrace Road in East Perth. It’s walking distance to Perth’s city centre, and if you live or work in the Free Transit Zone region of the Perth City then you’re only a free bus trip away. With plenty of parking along the picturesque Langley park, you’ll have no trouble finding parking near this family law firm in perth. Adding to it’s convenience is the location of The Family Court of Western Australia, which is only two blocks away on the same street (150 Terrace Road, Perth).

Terrace Road is a street that normally avoids the peak hour congestion and is easy to access via Riverside Drive to the West, The Causeway in the South East, and via East Parade and then Plain St from the North. View the map location here.

Take advantage of Kavanagh Family Lawyers convenient location when you require a Family Lawyer. Their direct, no nonsense advice will help you to resolve your issue with the minimum emotional and financial cost. 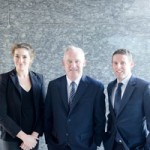 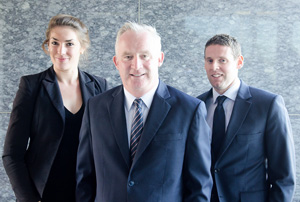 Kavanagh family lawyers have three highly experienced Family Law Solicitors in Perth. Their focus is on providing meaningful solutions for clients in all aspects of family law.
Our Family Law Solicitors undertake complex and intricate family law litigation in Western Australia, as well as effectively acting for clients whose legal issues are reasonably uncomplicated and who wish to resolve the matters quickly and cost effectively.

All areas of family law including: 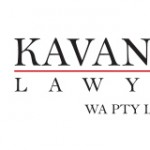 Kavanagh Family Lawyers can draw up Binding Financial Agreements (BFAs) (known in some other countries as a ‘pre-nuptial agreement’) as well as Violence Restraining Orders and Misconduct restraining orders.

We also have vast experience in Enduring Power of Attorney and Wills & Inheritance.

For a full list of services, visit our Legal Services page.

Kavanagh Family Lawyers practise exclusively in the area of Family Law and are well assisted by skilled and committed paralegal, secretarial and administrative staff. We undertake many complex and intricate family law litigation in Perth, and as well as effectively acting for clients whose legal issues are reasonably uncomplicated and who wish to resolve the matters quickly and cost effectively. Give us a call on (08) 6557 5888 to speak to a Perth family lawyer.

Stay in touch with all the latest news on family law in Perth with Kavanagh Family Lawyer’s News Section. Included are topics such as Child Relocation Orders and Breaching Family Court Orders as well as discussions on the Importance of Making a Will and the nature of Pre-nuptial Agreements (known as Binding Financial Agreements in Western Australia).

Kavanagh Family Lawyers also have a Publications section where papers and documents on the various aspects of Family Law can be found. The majority of these have been previously presented at Law conferences throughout the country and internationally by Kavanagh’s lawyers. In particular, publications on Violence Restraining Orders (VRO’s) which utilise the knowledge and expertise in this area from Kavanagh Family Lawyers.

Offering legal services exclusively in the area of Family Law, our Perth Family Lawyers can provide the following specific services:

Our team of Perth family lawyers can provide meaningful solutions for clients in all aspects of the family law services mentioned above.

The Australian Social Trends (AST) report released by the Australian Bureau of Statistics (ABS) in July has looked at many of the characteristics of same-sex couples living in Australia.

Information from the latest Census shows 33,700 couples reported living together in a same-sex relationship, with 17,600 male couples and 16,100 female couples.

Other aspects of the report show:

You can read more about the AST article here

Kavanagh Lawyers are sensitive to the particular challenges that same sex couples face with regard to the legal aspects of their relationships. The emotional aspects of a separation are difficult enough without the possibility of having to endure insensitivity or lack of understanding about you and your relationship. Read more about what Kavanagh Family Lawyers can offer Same Sex Couples. 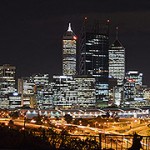 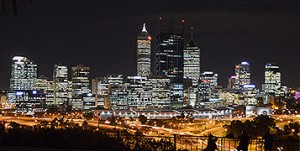 Why choose Kavanagh Family Lawyers as your Divorce Lawyers in Perth?

Kavanagh Family Lawyers are highly experienced Divorce Lawyers in Perth. Practicing exclusively in Family Law, our lawyers provide calm, objective, expert legal advice when it comes to divorce and we understand that the decisions involved will have to be made at highly emotional time of life.

What constitutes a divorce?

Divorce is the termination of a marital union, and involves the cancelling of legal responsibilities and duties of the marriage as well as dissolving of the ties of matrimony between a married couple. In Australia, we have a no-fault divorce system, which requires no allegation or proof of fault of either party.

You can apply for a divorce if either you or your spouse:

The Court will need to be satisfied that you and your spouse have be separated (lived separately and apart) for at least 12 months, and that there is no likelihood of resuming married life. It is considered possible to be living together in the same home and still be separated.

You can find out more about our Divorce Lawyers in Perth at these links below: 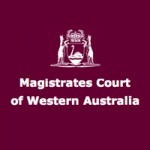 The appeal case of Kickett v Starr[1] which was delivered on 15 April 2013 raises interesting questions about whether the listing procedure commonly adopted after an ex-parte VRO hearing is valid. END_OF_DOCUMENT_TOKEN_TO_BE_REPLACED

The following is a summary of the key points arising from Marty Kavanagh, Kavanagh Lawyers WA paper to the 2013 Law on the Lounge Family Law Conference, Bali 2013. END_OF_DOCUMENT_TOKEN_TO_BE_REPLACED