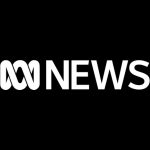 Family lawyers are being asked how best to manage shared custody arrangements given that people are being encouraged to observe social distancing and isolation during the coronavirus outbreak. ABC news discusses this issue with family lawyers in their article here.

Posted in Child Support and Custody, Family Law in the News, News 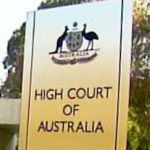 On 19 June 2019, in the decision in Masson v Parsons [2019] HCA 21 the High Court of Australia upheld a decision of the Judge at first instance that a man who was actively involved in a child’s life and who was also her biological father was her “parent”.

Posted in Child Support and Custody, Family Law in the News, News, Relocation 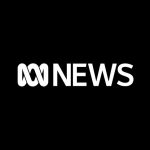 A family law case has been sharply criticised by Family Court appeal judges after a Brisbane judge sentenced a father of two to jail for contempt of court.

ABC News reports that last December, a Brisbane-based Judge sentenced a man involved in a property dispute with his ex-wife to a maximum 12 months in jail for failing to disclose financial documents on time. However a ruling handed down earlier in February by the Full Court of the Family Court overruled the Judge’s decision, declaring they were comfortably satisfied that “what occurred here in the making of the declaration and order for the husband’s imprisonment constituted a gross miscarriage of justice”.

Read the article in full here. 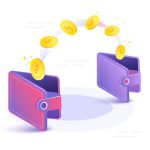 In the 13 December 2018 decision in Commissioner of Taxation v Tomaras [2018] HCA 62 the High Court of Australia held that the Family Court has the power to order the Commissioner for Taxation to substitute one party to a marriage for the other in relation to a debt owed to Commonwealth for income tax.

However, this is not an order the Family court is likely to make frequently.

A few things worth knowing about the decision

Read more about the decision here.

Posted in Family Law in the News, News, Property 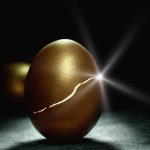 Soon de facto couples, like married couples will be able to split their superannuation after separation.

2. DOES THIS MEAN DE FACTO COUPLES MUST SPLIT THEIR SUPER 50/50?

No. it simply means that if one party may use part or all of their super to pay the other party out as part of a financial settlement. If there are other assets like a house or cash, a super split may not be necessary. The new legislation simply allows parties more flexibility in structuring a settlement.

3. DOES THE NEW LAW APPLY TO EXISTING SETTLEMENTS?

The Commonwealth Attorney- General’s media release of 24 October 2018 states that the legislation will be introduced in 2019 and super splitting to occur in 2020. Whilst we cannot rule out super-splitting occurring on existing cases, based on previous legislative changes we doubt existing cases would be included in the new regime.

4. DOES THIS MEAN I CAN GET ACCESS TO SUPER NOW AS PART OF MY SETTLEMENT?

Not unless you are already eligible. All this means is that a portion of one person’s super is transferred to the other person. The same rules re age apply.

5. IS THE NEW LEGISLATION A BIG DEAL?

For some people yes. Where the only major asset was super then undoubtedly some de facto partners suffered. However, in deciding whether settlements are “just and equitable” the Family court of WA always considers the percentage split including super. However, moving forward de facto couples will have the same flexibility that married couples have and that’s a good thing. 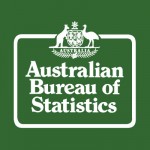 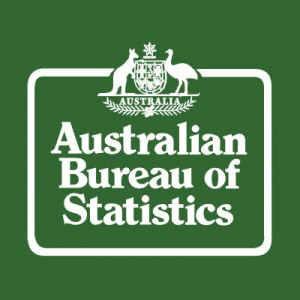 On the 25th of November 2015, The Australian Bureau of Statistics released data for Separation and Divorce for the last year (2014). They indicated that 4518 applications for divorce were granted in Western Australia. This was a significant (14.2%) decrease on the previous years figure of 5268 and the largest decline of all states and territories in Australia, with all recording decreases except one (Victoria).

The divorce statistics for Western Australia provided include the average divorce age, which for males was 45.7 years and for females it was 42.9 years of age.

2100 divorce applications were joint, while 1307 were female and the remaining 1111 were male.

The length of a marriage before Separation and Divorce

The percentage number of divorces that affected children in Western Australia for 2014 was 48%.

The median age of males divorcing was 45.2 years and 42.5 years for females, which continues to increase as it has for the past 20 years.

Visit the Australian Bureau of Statistics for further information on divorce in Western Australia and other states throughout Australia.

The Australian Bureau of Statistics released the latest data for Separation and Divorce late last year. This data consisted of 2013 figures and show that 5268 applications for divorce in Western Australia were granted. This was an increase on the previous years figure of 5073 and went against every other state and territory in Australia, as they all recorded decreases.

Other divorce statistics highlighted included the average divorce age, which for males was 45.5 years, and for females it was 42.8 years of age.

The average length of a marriage before Separation and Divorce

The percentage number of divorces that affected children in Western Australia is 47%.

Throughout Australia in 2013, the highest proportion of divorces granted was to people 40-44 years of age.

ABC Radio National’s Law Report discussed an interesting Shared Parenting issue on it’s program last Tuesday 1st July 2014. Children under four spending time away for the primary carer is a strongly debated issue. The program looks at what Australian research actually says and how is it being used in the Family Court. You can listen to the audio or read the transcript here.

Social science research plays a big role in Shared Parenting disputes, and it also has an influence in generating the public’s understanding. Bearing this in mind, it is always prudent to obtain the advice of a lawyer practising exclusively in the area of Family Law, such as Kavanagh Family Lawyers. Read more about how we can help you with shared parenting.

Posted in Child Support and Custody, Family Law in the News, News 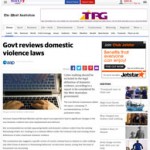 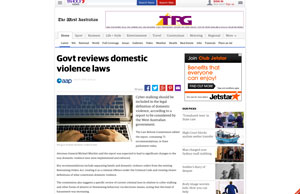 The Western Australian Government is examining key recommendations from a Law Reform Commission report which includes separating family and domestic violence orders from the existing Restraining Orders Act. The report recommends treating it as a criminal offence under the Criminal Code and creating clearer definitions of what constitutes domestic violence. An article, appearing on the West Australian website on June 25th, reports that as well as considering this recommendation, it also wants Cyber-stalking to be included in the legal definition of domestic violence.

Whether you need to apply for the restraining order and are seeking to be protected, have orders made against you, or are charged with a breach, Kavanagh Family Lawyers can help.